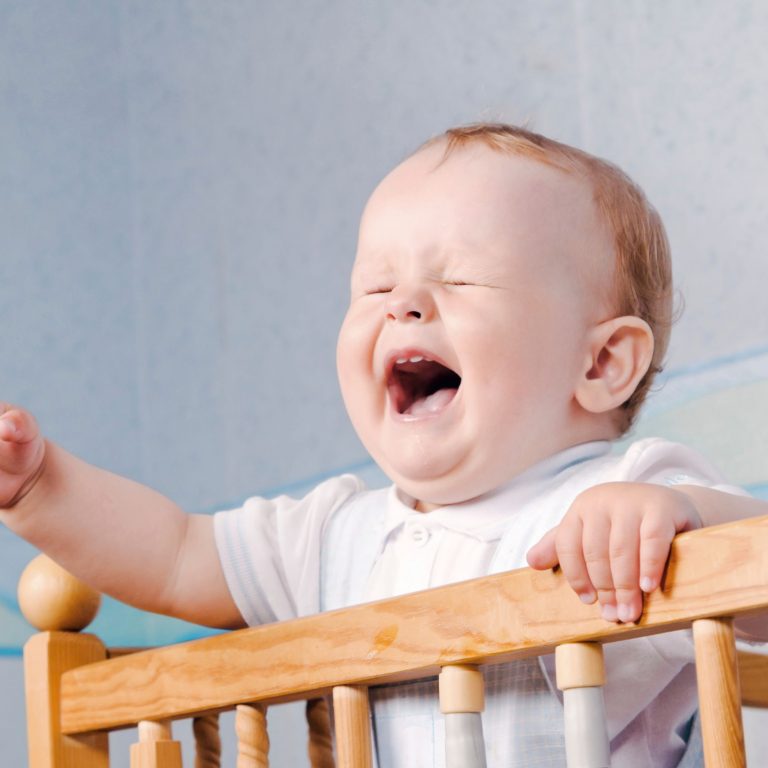 My son (1,5 years) is a difficult sleeper

Our 1,5 years old son was waking up every night at the same time with hysterical screams and refusing sleeping in his bed. We downloaded your leaflet from your website and followed one of the programs in there. It worked perfectly. First week, his bed was next to our bed. Second week, he slept in his own room but one of us were sleeping next to his bed on the floor, and third week everyone was in their own bed but we were helping him when he woke up, without taking him out of his bed. He’s sleeping much better now. But now it’s difficult to leave his room. He’s sleeping calmly, but he’s sometimes peeking with his eyes to see if we lie down next to his bed. If he can’t see one of us there, he screams. So, we keep sleeping on the floor. His twin sister is in the same room. She has no problem sleeping at all.

It seems to me that you are well on track with the way you are coping with this sleep problem. And, you are almost there. Between sleeping in your son’s room and sleeping in your own bed, there are still a few steps to take in order to reach your goal. The fact that your son is peeking, trying to see if you are still there, and screams when you’re not, means that he’s not yet asleep. He wants you to stay with him. So my advice is to make a new plan with steps for the situation you want to achieve. Do you want your son to really go to sleep? Then it’s important for him that the situation he sees when he is falling asleep, is the same as when he wakes up. Therefore, I would advise you to stay in his room when he’s sleeping.

Children can often become stressed when they think you are there while you’re not. It’s better to go away and say goodbye, and then return again to repeat this (peekaboo method), or to stay with him as you do now and add a few steps. What you can do from this moment on, is stay with your son, but increase the distance between you and him a little bit every other day. Are you laying right next to him? Try to increase that gap between you and him the next day. You are still there, but not right next to him. Then, two days later, move your mattress even further away from his bed. Increase that distance, but make sure he can still see and hear you when he wakes up. Obviously, I don’t know how big his room is, but keep increasing that distance when it’s still possible. Until the moment comes that you place the mattress outside his door. Leave the door open, so he still can see and hear you.

By taking these steps, he learns to sleep well, because he knows you are there, even though you are a bit further away. The last step? You are in your own bed again. Take the leaflet ‘Tackling Sleeping Problems’ to help you write down these new steps. The principle is the same, only the steps differ a bit. Good luck!